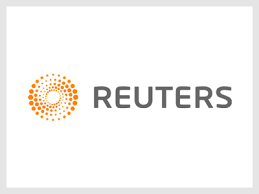 When the Muslim holy month of Ramadan arrives next week, fasting will definitely begin on Friday in Germany, probably the same day in neighboring France and maybe on Saturday across the Channel in Britain.

Even in the same country, some Muslims might begin and end the fast before or after others because they follow different rules or disagree on whether they have spotted the new crescent moon, the official start of the month in Islam’s lunar calendar.

This especially causes problems where Muslim minorities live in societies with many holidays based on the Christian calendar that cannot easily accommodate holy days or months whose exact date is determined at short notice.

Frustrated by this confusion, Muslim leaders across Europe are increasingly turning to modern astronomy to help solve the problem. But theological differences, ethnic divisions and the sheer weight of tradition are still holding up progress.

“In the modern world, especially in the West, people can’t decide on the fly to start or end the holy month at 10 p.m. the night before,” said Nidhal Guessoum, an Algerian-born astrophysicist who has long argued for a scientific solution.

The problem is Ramadan traditionally starts the morning after the naked-eye sighting of the new crescent moon, a method that worked fine in centuries past when international travel was rare and communication between regions was poor.

If the sky was cloudy on the expected sighting night or the crescent could not be seen in that region, Muslim leaders could wait a day or two before declaring the dawn-to-dusk fast in their countries. Islamic cultures were used to the uncertainty.

SIGHTINGS DIFFER AROUND THE WORLD

The Eid al-Fitr festival marking the end of Ramadan must be confirmed by the sighting of the next crescent moon, meaning Muslims only know for sure the evening before that they will celebrate their biggest holiday of the year the next day.

But Muslims now live around the world and modern media, simply by reporting where Ramadan has started and where not, have shown their traditional calendar rules are out of date.

Astrophysicists like Guessoum, a physics professor at the American University of Sharjah, can now calculate exactly when the new crescent moon will appear in the sky around the world.

That removes the problems the traditional sighting method has with clouds, pollution, ambient light in cities and false sightings of the hard-to-discern sliver in the sky.

This month, it will first be visible in South America on July 19, then in most areas except northern Europe and Canada on the 20th and finally almost everywhere on the 21st.

Because of this delay, Guessoum would split the world into East, where most Muslim countries are, and West, essentially the Americas. If the crescent could be sighted anywhere in a region, Ramadan would begin in that whole area the next morning.

Other Muslim scientists propose that as soon as astronomical calculations show the crescent could be seen anywhere in the world, Ramadan would begin everywhere the next day.

Turkey’s secular state introduced this method decades ago and Muslims in the old Ottoman lands in the Balkans and in Germany, where most Muslims are of Turkish origin, follow this. Ankara has already declared July 20th the start of Ramandan.

In Britain, where most Muslims are of Pakistani, Indian or Bangladeshi origin, many communities stick to the visual sighting method, which can result in conflicting dates for starting and finishing Ramadan even within the country.

“It’s a bit confusing,” said Usama Hasan, senior researcher at the Quilliam Foundation in London. “If they can’t see the moon in Britain, they’ll follow what’s happening ‘back home.’ There’s a lot of ignorance of the science.”

This year, the Federation of Islamic Organisations in Europe and the European Council on Fatwa and Research stepped up the campaign to use only astronomical calculations – essentially the Turkish model – to determine the start of Ramadan and Eid.

The Council declared last week that scientific calculations are fully acceptable according to Islamic law and announced on Monday that Ramadan would start this year on July 20th.

Mohammed Moussaoui, president of the French Muslim Council (CFCM), said French Muslim organisations would most probably agree on this method later this year and apply it from 2013.

There are suggestions in France that some Christian holidays be replaced by Muslim and Jewish days, in respect for those minorities, but Paris needs fixed dates well ahead of time.

“Most Muslims want a calendar based on these calculations so they can organize things in advance,” Moussaoui said.

But not everybody may agree. The two European groups backing this harmonization are mostly ethnic Arab and linked to the Muslim Brotherhood. Muslims of other backgrounds, especially from the Subcontinent, might be reluctant to follow them.

“I don’t expect Britain to follow for a number of years,” Guessoum said.