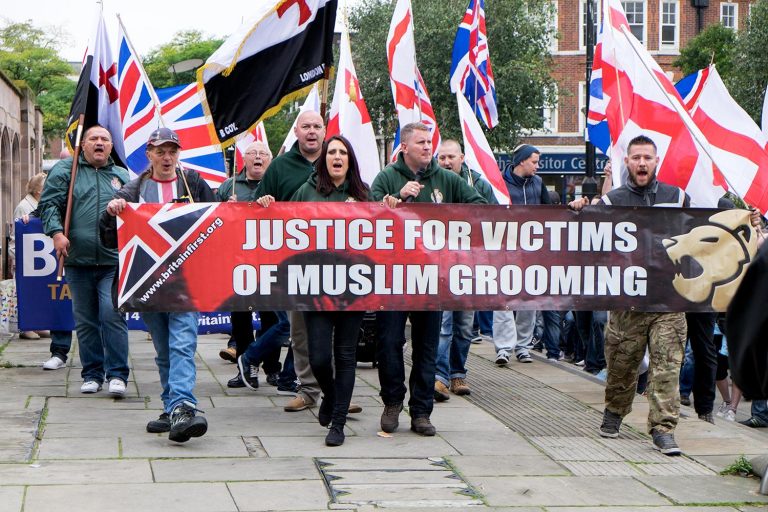 In light of the recent spate of these grooming gang cases reported in the UK, Quilliam has conducted its own research into this growing epidemic to determine whether this was a case of one-sided news coverage or whether South Asian ethnicity individuals were indeed over-represented in this specific crime profile.

Both authors, CEO Haras Rafiq and Researcher Muna Adil, are of British Pakistani heritage and, in light of recent events, deemed it necessary for a strong voice from within the community to add a balanced and evidence-based view to the discussion surrounding grooming gangs.

“I’m from the heart of where one of the biggest high-profile cases has happened over the last few years, and I’m saying it’s very important that we do talk about it because the problem won’t go away. We didn’t want there to be a pattern of people from our ethnic demographic carrying out these attacks. But unfortunately, we were proven wrong.”

“There are elements from within the British Pakistani community that still subscribe to outdated and sexist views of women embedded within their jaded interpretations of Islam. These backward views are passed down from generation to generation until the lines between faith and culture dissolve, making it increasingly difficult to criticize one without being seen as a critic of the other.”

The report consists of a comprehensive data analysis of grooming gang cases identified in the UK since 2005. Ten case studies from 2010-2017 are also analyzed in depth to help determine any similarities and identify any patterns that exist across the cases.

The report recognizes there to be a disproportionate representation of males with (South) ‘Asian’ heritage who have been convicted in such cases, with this ethnicity male perpetrator/white female victim dynamic serving as the prominent feature of these grooming gangs. Most of these men are of Pakistani (Muslim) origin, and the majority of their victims are young, white girls. The report suggests that the background of these men has influenced their actions.

The report found that 84% of ‘grooming gang’ offenders were (South) Asian, while they only make up 7% of total UK population and that the majority of these offenders are of Pakistani origin with Muslim heritage. The report later goes on to discuss and analyze these cultural and religious contexts in order to explain why this demographic features so prominently in this specific crime. The report concludes with a number of recommendations that we hope will begin the process of working towards resolutions.

It is the hope of the authors that this report sparks much-needed dialogue that is nuanced and evidence-based and replaces the reactionary attitudes that currently plague the public sphere regarding any issues that directly or indirectly involve minorities.